When You Finish Saving the World 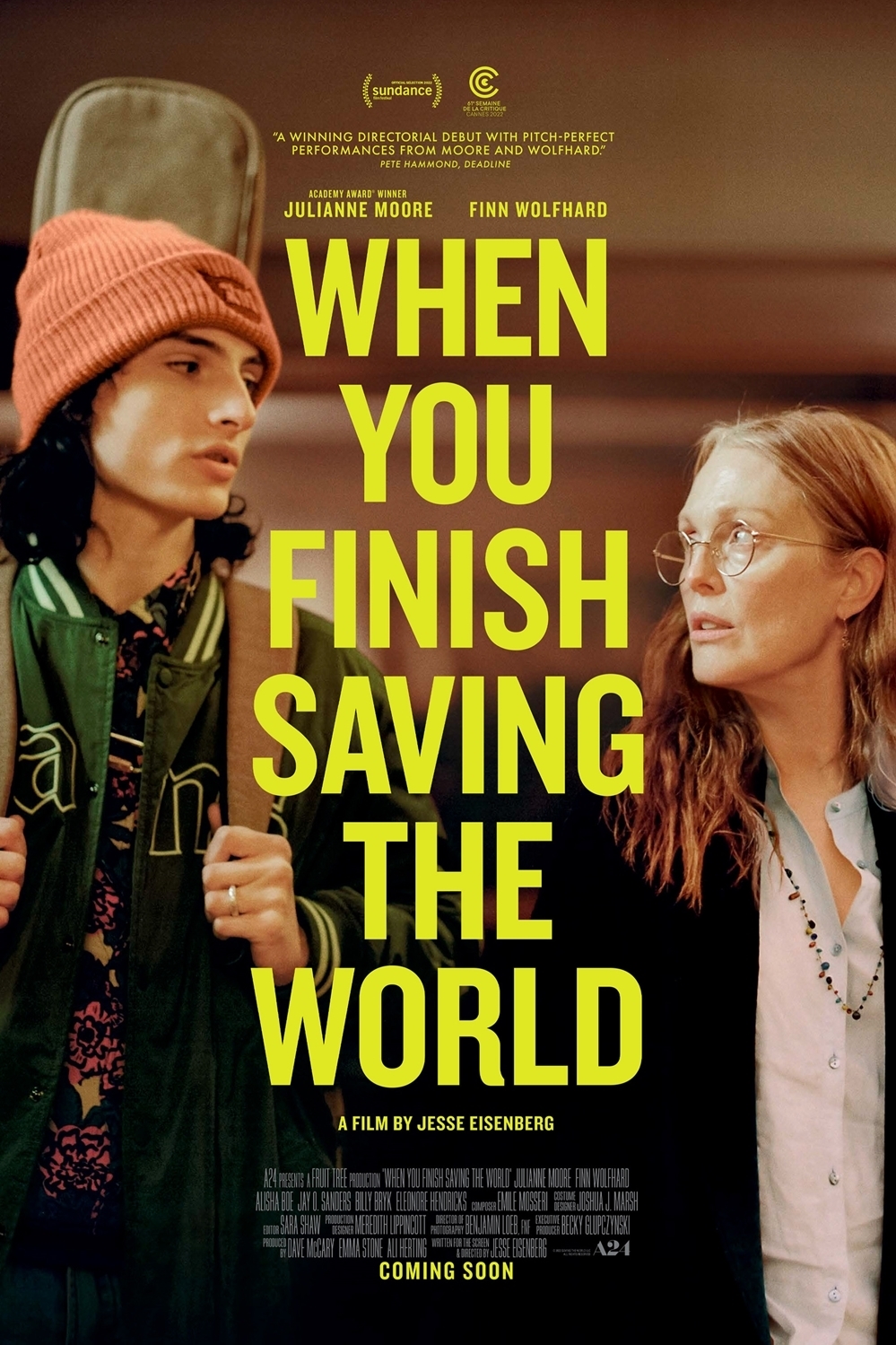 Evelyn has devoted herself to helping people in hard times, but she struggles to connect with her son Ziggy, an aspiring internet star oblivious to the problems of the world. As Evelyn attempts to become a parent figure to an unassuming teenager she meets at her shelter, and Ziggy fumbles through his pursuit of a brilliant and politically conscious young woman at his high school, this emotional comedy reveals a funny and sharply perceptive portrait of a mother and son who may seem at odds but who are more alike than either would care to admit.