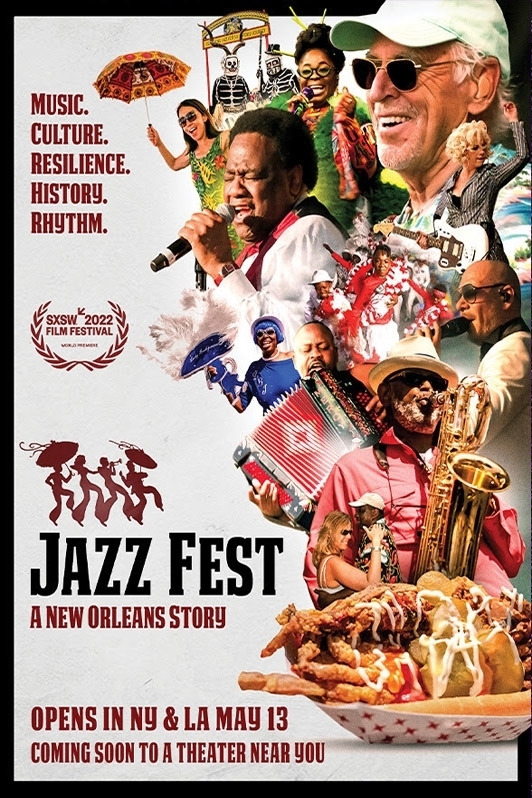 JAZZ FEST: A NEW ORLEANS STORY weaves together live performances and interviews from the 50th anniversary of the iconic festival, featuring some of the biggest names in the music industry, along with a wealth of archival documentary footage from the past half century. This film not only captures the Festival in all of its beauty and glory, but also delves deep into the rich culture of The Big Easy.