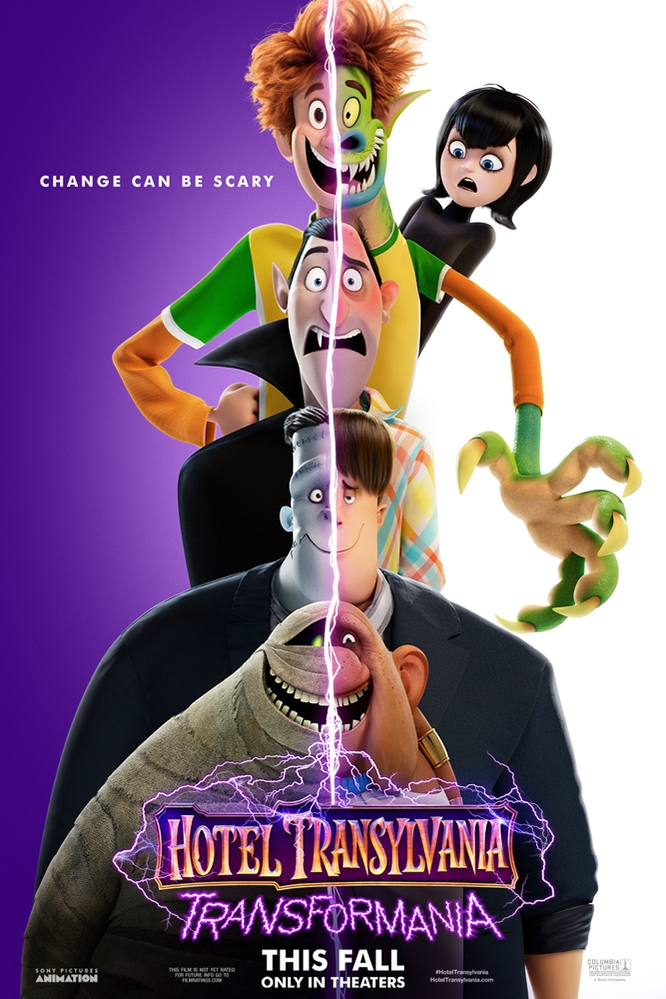 Opens July 23rd.
Drac's Pack is back, like you've never seen them before. Hotel Transylvania: Transformania will be the final chapter of the successful franchise from Sony Pictures Animation, with the first three installments grossing over $1.3 billion at the global box office. Franchise creator Genndy Tartakovsky returns as screenwriter and executive producer, alongside Michelle Murdocca and Selena Gomez, who will also reprise her role as Dracula's daughter, Mavis.